Hydroxychloroquine is an unproven COVID-19 cure — just like everything else 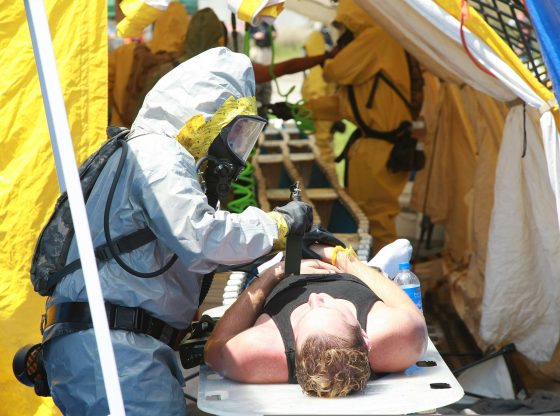 NEW YORK — One small fact goes unmentioned in the Left’s vicious attacks on hydroxychloroquine: There is no proven cure or treatment for COVID-19.

When President Donald J. Trump has spoken optimistically about this 65-year-old anti-malaria drug’s potential for fighting the deadly virus fueling today’s global pandemic, his enemies in the dinosaur media behave as if he had advised diabetics to stay well by injecting an elixir of powdered baby aspirin suspended in piping-hot ginger ale. That prescription would be utter quackery, not least because a widely accepted treatment exists for diabetes. It’s called insulin.

Alas, this is not the case for COVID-19, for which there is no proven therapy.

“True,” says Josh Bloom, Ph.D. of the American Council on Science and Health (ACSH). “Nothing yet.”

Mark Pochapin, M.D. of New York University’s Langone Medical Center concurred on Fox News Channel Wednesday night: “It’s so tragic because we don’t actually have the medicine yet to really knock this thing out, although we are working on it. I do believe that’s going to come soon.”

Soon is good. But soon is not now.

And yet this key datum does not register with the Trump haters who bash him for pointing to HCQ as something that might help and saying that he hopes it will prevent people from dropping dead, which has been the tragic fate of 30,920 Americans, as of 2:26 p.m. today, according to John Hopkins University’s ubiquitous COVID-19 dashboard.

The Washington Post chimed in: “Medical experts say there’s no conclusive evidence it does what Trump has suggested.”

“He [Trump] did say he would try an unproven antiviral drug, hydroxychloroquine,” CNN’s Sarah Westwood noted.

“Yesterday was a very disturbing briefing at the White House,” CNN’s Brian Stelter trembled. “To hear the president talking about this unproven drug.”

These Trumpophobes are right: HCQ is unproven. But so is everything else that doctors are injecting into COVID-19 patients, or instructing them to swallow. COVID-19 is a brand-new disease. If it were a baby, it would be less than halfway toward its first birthday. So, each substance deployed to trounce it is, by definition, experimental.

I asked Dr. Bloom — an ACSH expert on pharmacology — if there is a proven therapy against COVID-19. “There isn’t one,” he told me, “just supportive treatment, which itself is experimental, especially the use of ventilators.”

Despite all of these caveats, HCQ — sometimes in conjunction with azithromycin (Pfizer’s Zithromax, AKA Z-Pak) — has shown promise as an anti-COVID-19 treatment, both anecdotally and in early, small French and Chinese studies. Larger clinical trials have begun at the University of Minnesota and in New York state and are imminent statewide in South Dakota. One Brazilian test on HCQ’s predecessor, chloroquine, reflected a connection between HCQ and cardiac arrhythmia. This confirms what President Trump has said all along: “If it works, we’ve done a great thing. If it doesn’t work, you know, we tried.”
The president also has urged Americans to consult their doctors before using HCQ: “You have to go through your medical people [to] get the approval.”

Trump-loathing journalists lied when they claimed that President Trump said that the FDA had approved HCQ as a COVID-19 treatment.

What he did say was that the FDA found HCQ safe and effective, as early as 1955, against malaria. FDA subsequently judged it safe and effective against lupus and rheumatoid arthritis. Also, the FDA last month approved HCQ for “emergency use” against COVID-19 if doctors and patients wish to go that route. The Strategic National Stockpile has yielded 28 million HCQ pills, as the president said, “for doctors to use as they see fit.”

So, the next time his enemies scream at him about HCQ, President Trump should turn the question around and say:

“You complain that hydroxychloroquine is unproven. That’s true. Now, please tell us, while the whole world is watching: What proven COVID-19 cure do you prefer?”