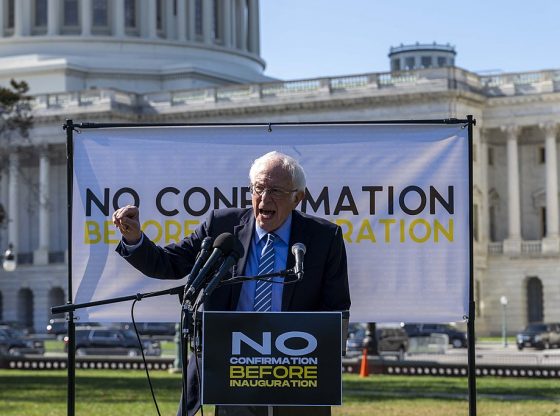 In the final hours leading to the Georgia Senate run-off election, the stakes grow higher and higher. The control for the upper chamber of Congress will be determined by the outcome of two Georgia elections between Republican incumbents David Perdue and Kelly Loeffler against Democrats Jon Ossoff and Raphael Warnock. Republicans must win at least one of the races to maintain control of the Senate but if Democrats manage to sweep the election then they will control both chambers of Congress along with the White House.

Besides the threat of a Democrat-controlled government if Democrats manage to win control of the Senate then committees will also be changed and the idea is terrifying. While it’s customary for both parties to wait until the election’s results before naming any representative to any lead panel, experts have some educated guesses as to which senior senators will become committee leaders.

If Republicans keep command, these committees will be marginally likelier than today’s to pursue conservative objectives of individual freedom, limited government, free enterprise, and peace through strength. If Democrats take power, however, Americans should brace for a jump to the left. Senate panels will become rocket engines for curbing liberty, swelling the state, shackling the economy, and appeasing America’s enemies.

The Budget Committee will be chaired either by the aforementioned South Carolina Republican Lindsey Graham (ACU rating 79.57) or Vermont’s socialist heartthrob, Bernie Sanders (ACU 6.54). His budgets almost certainly will include his lifetime pet project: Medicare for All. And much, much, much, much, much more.

The Health, Education, Labor, and Pensions Committee most likely will be chaired either by stalwart libertarian Republican Rand Paul of Kentucky (96.43) or hardcore Washington liberal Democrat Patty Murray (2.43). Paul would offer dazzling free-market reforms and dogged oversight of D.C.’s most lumbering bureaucracies. Big Government would stay pricey and unproductive under the studiously mindless spendthrift Murray.

The Judiciary Committee probably will be helmed by Texas Republican John Cornyn (88.36) or Illinois Democrat Dick Durbin (4.52). Durbin is school choice’s natural enemy. If he can use that panel to torpedo the D.C. Voucher Program and similar initiatives, he will. This committee’s distinct approaches to judicial nominees under Chairman Cornyn or Chairman Durbin should be self-evident.

With so much hanging in the balance, Georgia voters should run to the polls on Jan. 5th. The only question is if you are voting for or against objectives like individual freedom, limited government, and free enterprise.