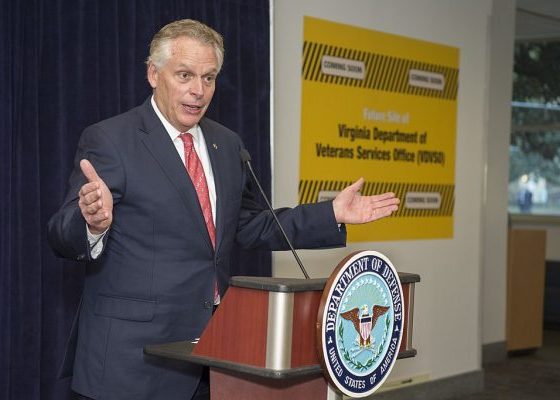 Warning: This opinion piece addresses hateful, often profane Twitter posts. It is necessary to present some of the posts in full to discuss this rhetoric properly. Reader discretion is advised.

If a friend of yours used the words “faggot” and “faggots” more than a hundred times in his Twitter feed, would you embrace him in a joint Instagram video? Probably not. But then again, you are not Terry McAuliffe.

McAuliffe is running hard for governor of Virginia, a position he held from 2014 to 2018. McAuliffe and Glenn Youngkin, his Republican opponent, are deadlocked. An October 22–23 Emerson College survey of 875 “very likely” voters found the Democrat and Republican tied at 48 percent each.

Youngkin, intriguingly, enjoys the support of 24 percent of black voters — a bonanza for a Republican. McAuliffe polls at 71 percent with blacks. The top contenders split Hispanics: McAuliffe with 48 percent, Youngkin with 47 percent. (Thursday brought Youngkin even better news: A Fox News poll of likely voters found him zooming past McAuliffe, 53 percent to 45 percent.)

Just ten days before this cliffhanger climaxes next Tuesday, McAuliffe appeared in an Instagram video with his former State Board of Education appointee Dr. Wes Bellamy. According to my Fox News colleague Cameron Cawthorne, this video was recorded last Saturday at Virginia State University, whose political science department Bellamy chairs.


Read the rest of the story from Deroy Murdock at National Review.

Deroy Murdock is one of the best writers around these days. Always reliable for having succinct observations that are perfect reflections of what we should be focusing on.

Why would any man, much less any white man, wish to have any association with a racist, homophobic, ignorant black guy like that so-called ‘Dr’? I’d love to know how somebody that coarse, that racist, that homophobic, and that ignorant and aggressive managed to wangle a Doctorate in anything at all…I suspect a heap of help, finished off with a ‘liberal’sprinkling of cheating!

Last edited 11 months ago by Will Richards
0
Reply
Fred

McAuliffe is a racist, bigot,,gay bashing, worthless, low life pig predator. EPSTEIN island frequent visitor. Party to underage sex trafficking, pedophilia and perversion. This animal has blood of abducted children on his hands. Not only should be never be governor, but he should never walk among citizens.

But how do you really feel about him?