GOP MUST Remain the Party of Parents

“Republicans can and must become the party of parents.” So said Congressman Jim Banks of Indiana, chairman of the Republican Study Committee, in an Election Day missive as CNN and MSNBC propagandists hurled racial vitriol at Virginia voters.

Banks is right. But the Republican Party already is the de facto party of parents. Democrats, through the machinations of their radical-woke apparatchiks, have made themselves the Anti-Parent Party. GOP lawmakers are welcome, albeit late to the fight. The RSC’s dispatch recalls Joseph Stalin’s declaration of war on Japan after America A-bombed Hiroshima. Alas, there is no mistaking the Red Army pincer movement in Manchuria with the RSC’s memo, which observed, “There is real energy from parents that we need to understand.”

The Democratic radar spotted this parent revolt earlier. In September, the Biden White House conspired with the National School Boards Association to smear parents as domestic terrorists who objected to their children being brainwashed and raped.

Co-written by White House aides but signed by the NSBA, the September 29 letter pleaded with President Joe Biden: “NSBA believes immediate assistance is required to protect our students, school board members, and educators who are susceptible to acts of violence.”

Read the rest from Deroy at Spectator World.

The repukes need to grow a spine, before anything.Remove all rhinos,and sheep in wolves clothing, and start working for the american citizen, if u want any chance of winning, even against this dumbocrap commie death party, who hates more than half the country.Lately repukes have been siding with the commie dumbocraps, that continues u will cut your own throats,so wake up and do your dam job. 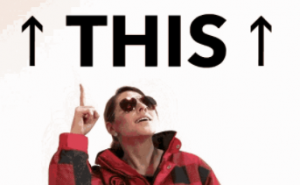 I would rather see Republicans in Congress shut down the government to stop all of Biden’s funding programs, especially ALL green new deal programs and cabinet appointments. RINO’s need to go in 2022, vote them out. Get a strong Republican majority in Congress and then impeach Biden.